Why you should consider learning Vietnamese?

If you are reading this post, I guess you already have some ideas of why you want to learn Vietnamese. But if you are curious as to why other people learn Vietnamese as well or you just want some reassurances, please keep on reading.

Within my short 2 years of teaching Vietnamese, here are some reasons which push my students to learn one of the so-called hardest languages to learn in the world.

For those who feel a bit of hesitation or lack of learning motivations, here are a few reasons why you definitely should learn Vietnamese and keep on pushing! 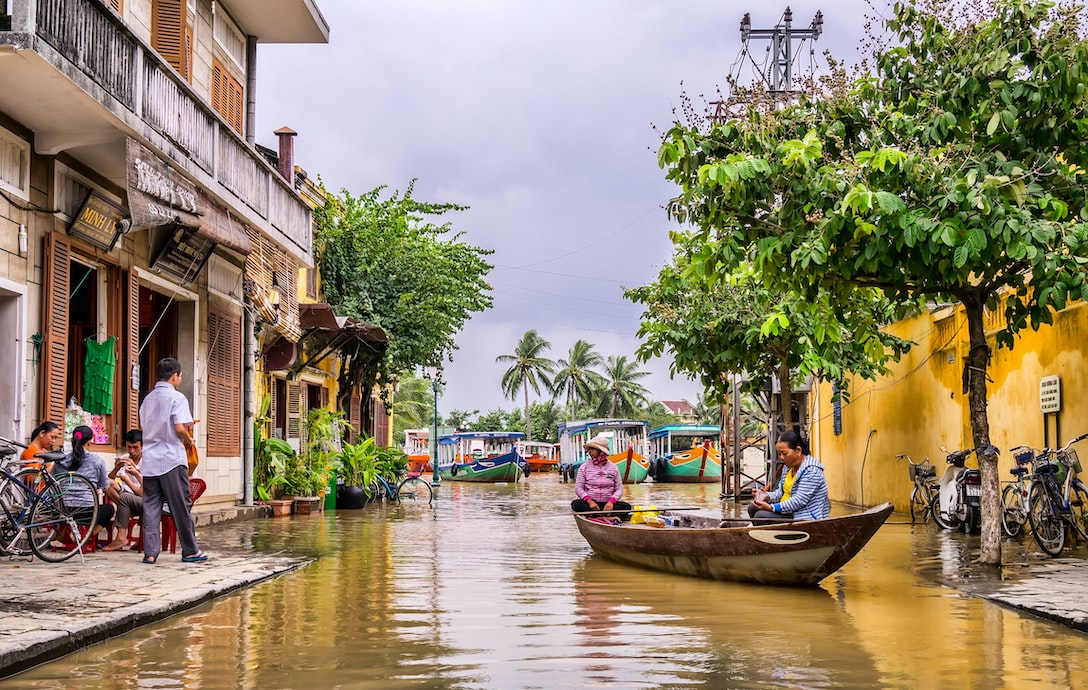 Hoi An, Vietnam - Photo by Toomas Tartes on Unsplash

Let’s start with the more popular and obvious reason why you should learn Vietnamese: Traveling! In fact, Vietnam recently ranked 7th among the world’s fastest-growing travel destinations in 2019 by the United Nations World Tourism Organisation (UNWTO). But why should you visit Vietnam in the first place?

Vietnam is a beautiful country, with everything that you can ask for. We have the mesmerizing natures of mountains, beaches, rivers, and caves. We also have big cities, shopping malls and affordable 5-star resort facing the beaches. In fact, we have 8 World Heritage Sites recognized by UNESCO, including the well-known Ha Long Bay - Vịnh Hạ Long (Quảng Ninh Province), Hội An Ancient Town (Quảng Nam Province), Phong Nha-Kẻ Bàng National Park (Quảng Bình Province) and Tràng An Landscape Complex (Ninh Binh Province). 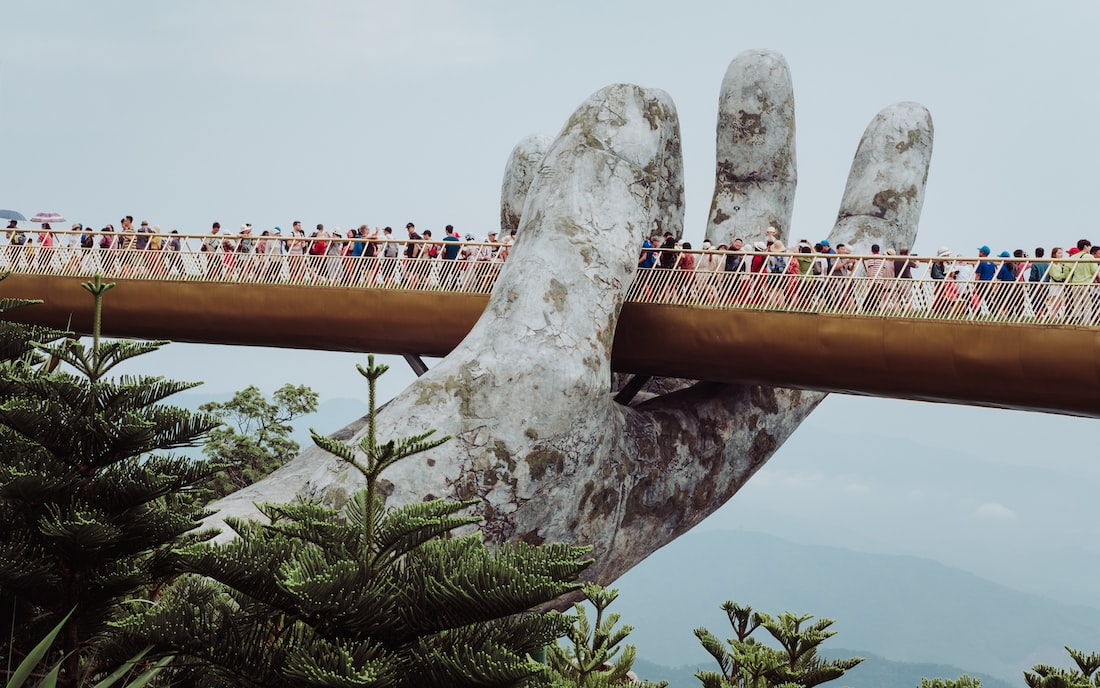 My favorite place to recommend to all the brave adventures out there is Sơn Đoòng cave in Phong Nha-Kẻ Bàng national park. It is the largest natural cave in the world with breathtaking scenery that no other place can offer. I saw an interesting, beautifully-shot video of our miss Vietnam 2017, H'Hen Niê, exploring the cave herself so I am going to link it here (the video is on her Youtube channel and has the English subtitle).

There are so many reasons why you should plan your Vietnam trip now. But the second reason why I think you should is to try authentic Southeast Asian food. Vietnamese food is delicious! I certainly sound a bit bias here, but Vietnamese food remains my favorite cuisine, followed by Malaysian and Japanese. Most of our dishes are very light with lots of herbs and fewer sauces. If you want to know my top 10, less-known Vietnamese dishes (with images!) that all foreigners must try, feel free to read it here.

Have authentic travel experiences in Vietnam 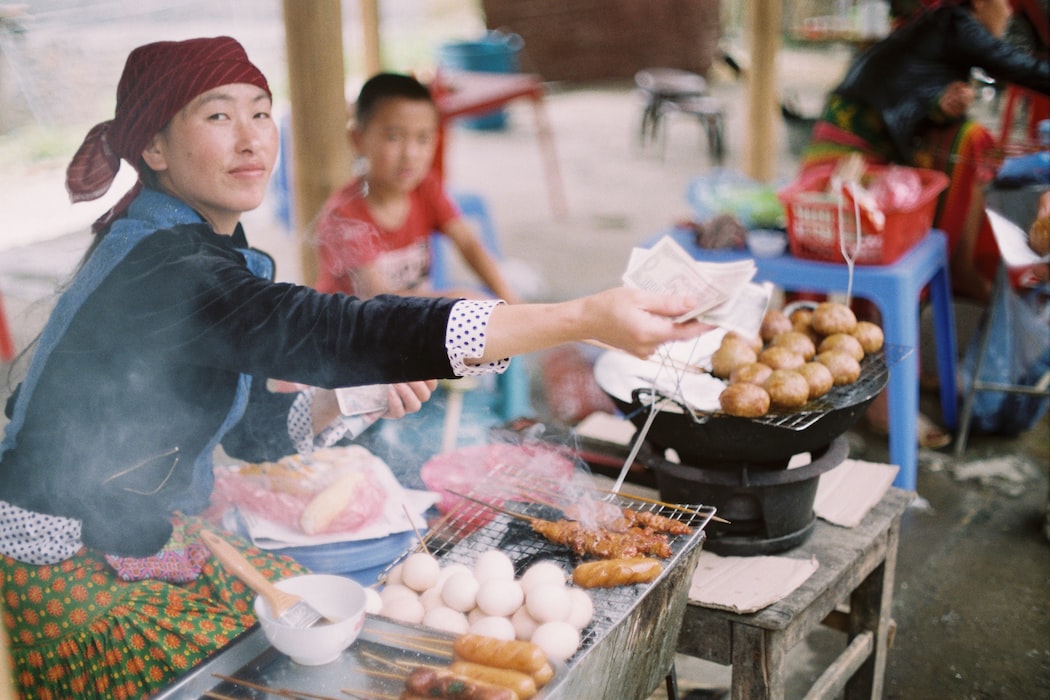 Photo by Frankie Shutterbug on Unsplash

So you’ve decided to travel or even settle down in Vietnam. That decision would make you consider learning the language that is necessary for basic human interaction. Knowing basic Vietnamese helps you get around places much easier and prevent you from getting lost or even scammed in a foreign country. Preparing yourself with some essential phrases enables you to feel more confident in ordering local food at the restaurant or getting good deals from bargaining.

Besides all the obvious reasons why you should get yourself some basic Vietnamese before coming, learning Vietnamese helps you experience the culture differently from regular tourists. You will be able to live like a true local, even just for a short time. Vietnamese people are very generous and welcoming. And have I told you we love foreigners who can speak Vietnamese? They won’t hesitate to tell you the best local spots for food and activities so it will be your gain if you can speak their language. Quick fun facts: Many Vietnamese-speaking expats become popular on the internet, some even appeared on TVs and Vietnamese people absolutely love them! 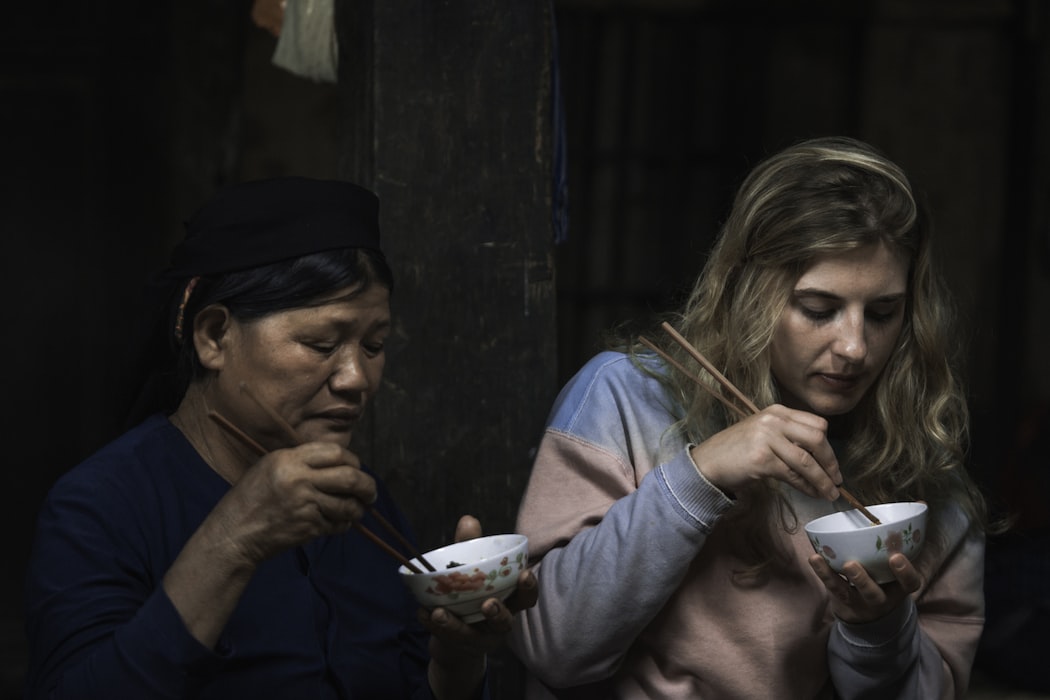 Photo by diGital Sennin on Unsplash

For my expats, I have many students who come to me after living in Vietnam for 2-3 years and regretted not learning it sooner. I can truly understand their feelings. In my 8 years of living in Singapore, I was unable to pick up Chinese which still regretted until this day. We are blessed to have the environment to learn and practice the language for FREE every single moment of the day with native speakers! But it’s never too late because the most important thing is what’s your action tomorrow.

The Vietnamese language is spoken by more than 95 million people in Vietnam alone. According to Wikipedia, there are about 4.5 million living overseas whom we call “Việt kiều”, ethnic Vietnamese living outside the country. The largest community is in the United States with more than 2.2 million, especially in California and Texas.

Not only being spoken by the Vietnamese locals and “Việt kiều”, but many foreigners and expats are trying to learn this language as well. Why would they be doing so? That brings us to the next point. 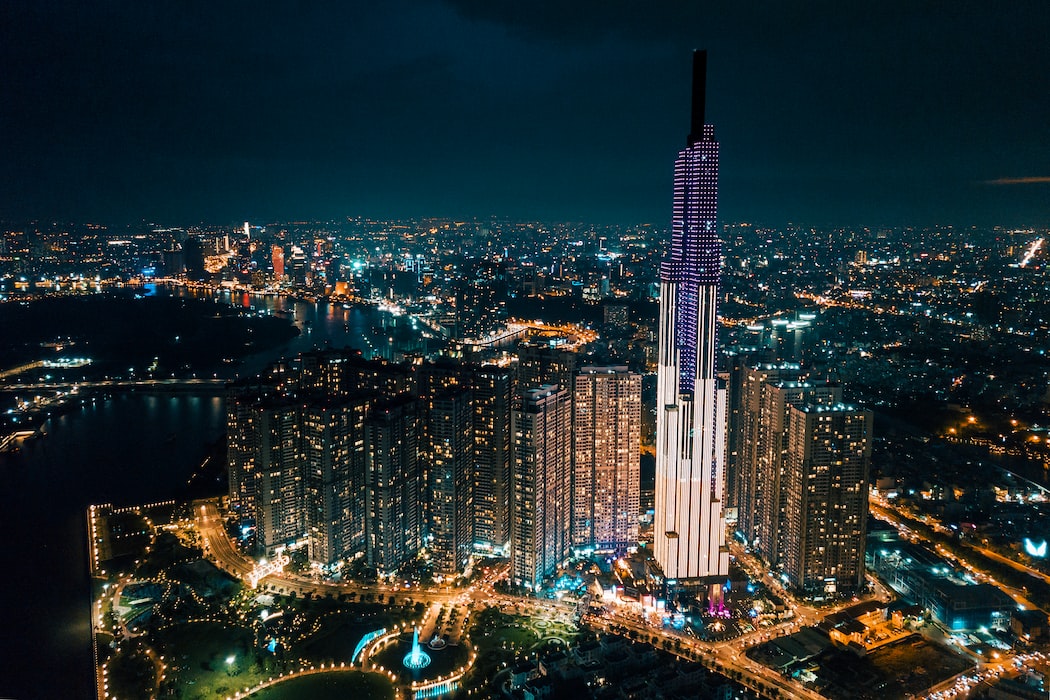 Growing needs of the Vietnamese language

Vietnam is one of the fastest-growing economies and ranked third in the Southeast Asia startup ecosystem. Recently, in March 2020, the Singapore Ministry of Education announced that they decided to include Vietnamese in secondary school and pre-university curriculum from 2021. This shows that Singapore recognizes the benefits of preparing their students for the fast-changing, tech-driven future economy, happening here in Vietnam and other Southeast Asian countries.

If you have been to Vietnam, you would see that there are many expats, especially Chinese and Korean. Most come here to set up their businesses in Vietnam for cheap while still being able to experience a high standard of living, which brings me to the next point…

Live comfortably in an inexpensive country 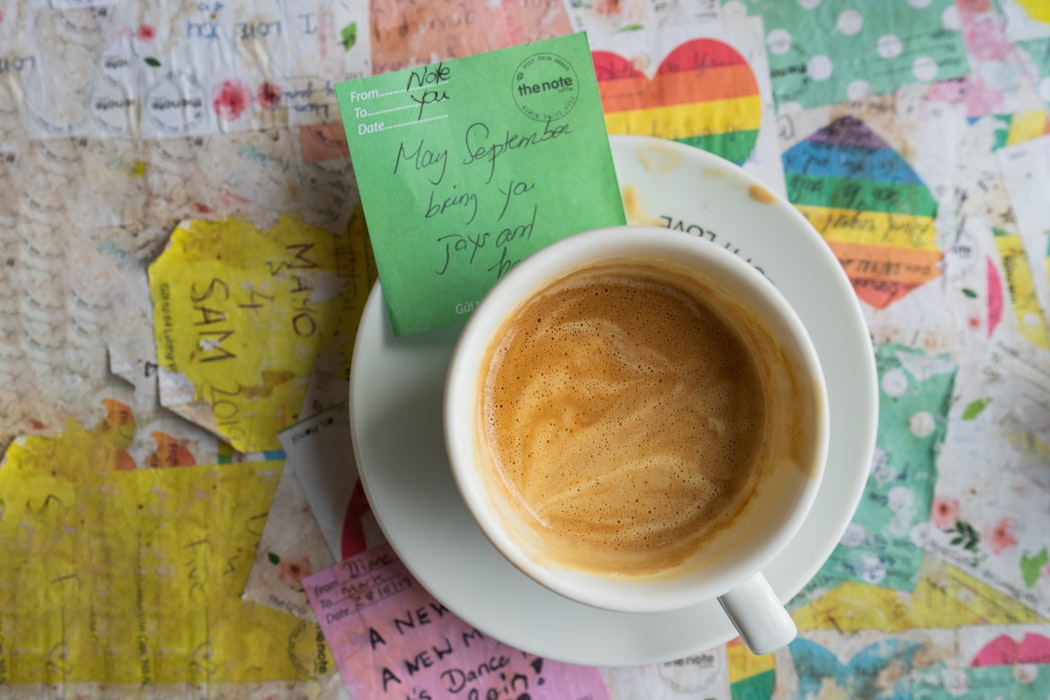 A recent survey done by InterNations, one of the largest global expat network, shows Vietnam is the world’s second-best destination for expats to live and work. Many expats agree that living in Vietnam is very comfortable since their disposable incomes are much higher compared to their daily expenses.

I knew some foreigners who still thought Vietnam is an underdeveloped country. Most people only know about my country through the Vietnam War. I am happy that Vietnam is making the name for itself and more people are moving to Vietnam. 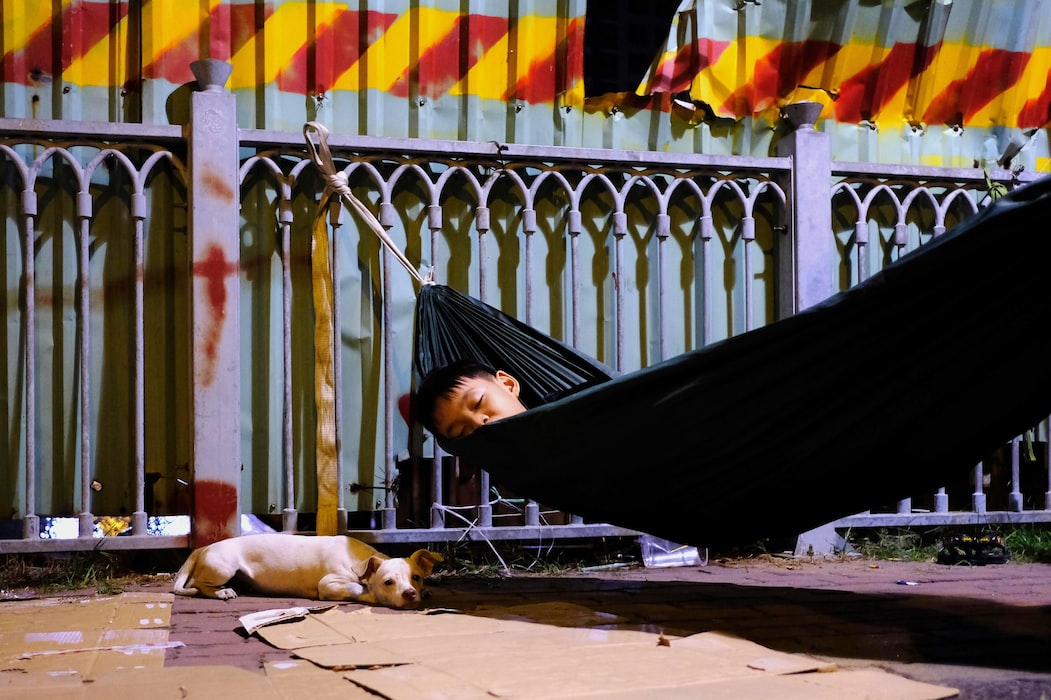 Photo by Kashish Grover on Unsplash

There are a few jobs that expats do in Vietnam that I know: English teacher, marketers, restaurant owners, digital nomads, and modeling. 95% of all my offline students in Sài Gòn are English teachers. Why is that so? Being an English teacher in Vietnam, you can get paid $18-30 for an hour of teaching, which means if you teach just 4 hours a day, you’ll get $1440-$2400/month. Compared to the locals’ average earning of around USD 263/month (as of Dec 2018, CEIC Data), you are pretty much "wealthy" in their eyes.

Some of my old students were also planning to retire early in Vietnam. Their reasons for doing so, not only because Vietnam is an affordable country, but is also politically stable, compared to other Asian countries. In Vietnam, we also enjoy religious freedom and LGBTQIA+ friendly.